Platinum in terms of rarity surpasses gold by almost 90% in annual production.  A placer platinum nugget in hard metallic form (the majority of placer platinum is a sponge of platinum and chromite) is almost incalculable in rarity.  Crystalline form is the absolute rarest precious metal on Earth.  In terms of rarity the largest platinum nugget in the United States is ½ ounce in weight. The largest in Canada is not quite ¼ ounce.  Even placer nuggets of one gram in size are extremely rare.  Source of supply is extremely limited as traditional mining areas in North America are no longer in production.  Areas in the former Soviet Union generally forbid export. 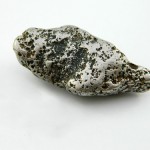 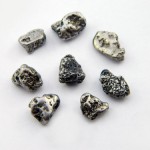 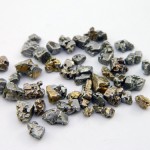 Placer Gold was discovered in the Tulameen district in British Columbia in 1885.  The miners also found a heavy white metal which they just threw away.  This heavy white metal was platinum, now worth more than gold at over $1,600.00 an ounce.  The Tulameen boasts one of the most famous gold rush history legends.  The story of Swede Johansson and his hidden bucket of 20 pounds of platinum he collected in 1892 which is still believed to be buried in the bush somewhere in the Tulameen.   Today it is extremely rare to find any Tulameen platinum nuggets on the market.  Placer Gold Design has been incorporating rare platinum nuggets in many designs as accents with the placer gold nuggets.

The deposits in the Ural Mountains in Russia have been the world’s most productive platinum placers.  Platinum nuggets occur in the gravels of many streams that have their headwaters in regions of serpentine, peridotite and pyroxenite.  The platinum nuggets range in size from small grains to nuggets of up to 20 pounds in weight.  The fineness ranges from 750 to 850.  Placer Gold Design has some of the rarest placer platinum on the market today.  Check out our jewellery with placer platinum and platinum nugget specimens for sale.

Exceptionally rare platinum crystals from the Konder (Kondyr) Massif. The Kondor Massif is in the Russian Far East.  The area is an important source of platinum and has a massive platinum mine.  This rare form of platinum is mined there along with gold.  Occasionally some platinum crystals  are naturally gold plated. Crystals are in single cube penetrating twins and multiple cubes.